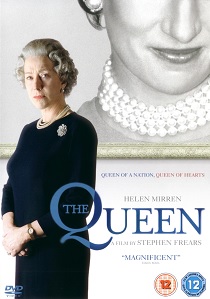 August 1997 - Princess Diana, the 'People's Princess', is killed in a tragic car accident in Paris. When news of her death breaks upon a shocked and disbelieving British public, Britain mourns for undoubtedly the most famous woman in the world. Her Majesty Queen Elizabeth II retreats with her family behind the walls of Balmoral Castle, desperate to protect her grandsons from the public outpouring of grief. Unable to comprehend the public response to the tragedy, Her Majesty decides to remain in the private sanctity of Balmoral, unable and unwilling to share her families feelings and reactions with the nation.

For Tony Blair, the popular and newly elected Prime Minister, the people's need for reassurance and support from their Royal Family is all too evident. As the unprecedented outpouring of emotion grows ever stronger, Blair must find a way to reconnect the Queen with the British public. Finding an ally in Prince Charles, Blair however faces opposition from the Queen whose judgement is clouded by grief and tradition. Supported by Prince Phillip and the Queen Mother, the Queen fights against facing decisions which she must make to salvage the public's affection.

The picture is bright and colourful with a good level of detail throughout. Black levels are impressive throughout and there are no signs of artifacting, although I felt that the picture was a little too grainy at times - with the interior scenes suffering more than most. With the film being such a recent theatrical release the transfer is clean and free from dust scratches and other forms of picture imperfections. With a mixture of real life footage courtesy of the various news feels, and material mocked up to match the filmed events and surroundings, it all blends in perfectly - with an almost documentary feel to it - and it suits the film and subject matter very well.

As with the quality of the transfer, the 448 Kbps Dolby Digital 5.1 soundtrack is surprisingly good, especially during the build up to the infamous accident in Paris's Alma Tunnel. Primarily a dialogue based film, everything remains firmly locked in the centre channel without any bleeding to the other front channels. The remaining channels are made up with the dramatic score and a small amount of ambient effects - with the rear channels kept occupied throughout with the musical score. Even the LFE channel manages to get in the act - although it's only thanks to the large amounts of bass in the score.

Fortunately, Pathé have seen the light and decided not to use that annoying anti-piracy spiel at the start of the disc. In this instance, the menu opens with a few short real life news reports related to her relationship with Dodi Fayed and the death of Princess Diana in Paris. Still, there is a downside to this as this introductory piece cannot be skipped. Once this over and done with, a scored menu system is displayed with various stills from the film shown in the background. Even the submenus get a bit of a cut scene before being shown - although they tend to be a little too long. It's all very regal and in keeping with the subject matter, and dare I say, it's all a very British affair.

The main extra on the disc would have to be the Audio Commentary from writer Peter Morgan and director Stephen Frears. Both men provide a surprisingly informative commentary track, even if there's a bit of silence at times, but there's a fair amount of good banter between them throughout. Both men talk about the various areas of the film, including the many mistakes and creative liberties taken with the various members of the Royal family - after all, who keeps a record of what the Queen wears in bed? They are also keen to point out the many budget restraints - with "we couldn't afford to do that" cropping up in many a sentence with pointers to many cheaper alternatives.

Split into three chaptered sections, the twenty minute Making Of featurette has interviews with the majority of the cast and crew, including director Stephen Frears, the various designers, plus the all important principle actors Helen Mirren, Michael Sheen, Alex Jennings, Sylvia Syms and James Cromwell. The various interviews don't appear to have been filmed all at the same time, with different settings and clothing, but along with footage from both the film and behind the scenes, it all hangs together rather well as an interesting and informative featurette. The only downside are the lack of subtitles.

Other than the featurette, the rest of the extras look a bit too much like padding material for my liking. First off, there's a mere twenty stills from the film and production in the rather poor Production Photography Gallery. Next up are textual Cast Biographies of the principle actors followed by Crew Biographies, including the likes of director Stephen Frears and writer Peter Morgan. Things are rounded off with the Theatrical Trailers for The Queen, Volver, Perfume and The Namesake.

Although all the conversations between the members of the royal family and Tony Blair and his cabinet are all subjective, it certainly seems to have a bit of an anti-royal message buried within - especially the fact that the royal family are so out of touch with "real life" and stuck in the past with so many traditions and "protocol". You only have to see the original news clips used in the film to see just how close they were flirting with a near revolution. I'm also a little suspicious that Prince Charles was made to look much better than he most probably is - but then again, do we really know what he's like in private?

Also, and I think I've heard this comment mentioned elsewhere, but The Queen doesn't half remind me of a made for TV Sunday evening drama on ITV. Still, other than Tony Blair (who is made out to be some sort of hero) making me laugh by looking and acting like Alan B'Stard from The New Statesman every time he appeared on camera, it doesn't necessarily mean it's a bad thing. After all, British television appears to produce some of the best drama material in the world - so why not use a little sprinkling of that ability in the world of cinema too?

Still, I'm not a big fan of the Oscars - or any other award ceremony for that matter. After all, a self congratulatory award ceremony for people who get paid silly amounts of money for doing their job is a pretty unique employment perk. So, you'll forgive me if I don't join in with the cheering and over the top celebrations for Helen Mirren's awards. Mind you, I'm sure that the production company will be relishing all of the additional publicity from the large haul of BAFTAs and the all important Best Performance by an Actress Oscar.

Ultimately, The Queen may not end up being a straight purchase for fans of the Royal family, especially as they dislike any satire sent in the direction of Buckingham Palace - and this film contains plenty of it. However, it will probably keep the many fans of Helen Mirren - or indeed those many strange followers of fashion and Oscar winners - happy. Whilst these sorts of film aren't really my cup of tea, I'm still glad that I've seen it - if only to see what all of the fuss was about. Still, if you don't fancy a purchase, then a rental may well be in order for the more curious of folk out there.