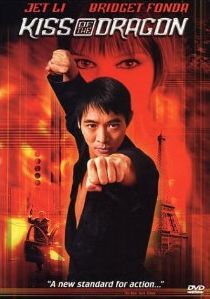 Liu Jian is China's best secret agent and he's been dispatched to Paris in order to assist the local police force in their attempts to break a drugs smuggling network. The official in charge, Richard, is a brutal type and his dedicated team of officers are ready to dish out the punches and kicks when needed. When the drugs bust goes horribly wrong, Liu is framed for the murder by the corrupt police official.

When Liu escapes with evidence that will help prove his innocence, and the police officers guilt, the official has the might of the French police force at his disposal. Liu goes on the run in Paris and, using all of his skills that made him China's best, he does his best to avoid capture by avoiding thousands of bullets and generally kicking everything wearing a police uniform in sight.

During his many brushes with the law he meets a prostitute named Jessica and, although suspicious of her at first, a mutual friendship develops. Liu soon discovers that Jessica was a witness to the murder and is familiar with the police official and his cronies. However, she is unhappy about helping him because Richard has her daughter and would be more than prepared to kill her if she helped Liu or stopped working the streets.

The picture is bright and colourful with an above average bit-rate throughout the film. During the many fast and furious fight scenes the picture holds up well and exhibits no real signs of artifacting, although there are the occasional signs of edge enhancements.. The dark and gloomy side streets of Paris are also handled well, so well in fact that they really do make you want to avoid the place.

The sound is reasonable enough with the dialogue clearly audible and locked in the centre channel, and to honest it needs to be with all those inaudible French accents and Jet's strange Americanised accent that occasionally had you saying "Pardon?". The surround channels are used well enough during the action and bullet flying scenes, but the best part has to be reserved for the excellent musical score that kicked in every time the fists started to fly.

The menu is nicely animated and scored and, although the usual Fox introduction praises how wonderful their menu systems and extras are, it is not the most exiting of menus you are going too see on DVD. Never the less, what the menu lacks the extras make up. There's an interesting Fight Scene Choreography Featurette, Production Featurette and a Jet Li Featurette, although that just seems to rehash the same information from the main featurette. If you're a fan of the genre then it really does add value to the disc.

Luc Besson's input is clearly visible, and being the screen writer and producer it would be hard to avoid it. At times you end up wondering whether you're actually watching Leon or The Assassin (or the much better original Le Fem Nikita) especially with Bridget Fonda starring in Assassin. But, hey, if the formula works why change it?

If you're a fan of Jet Li then you are definitively going to enjoy this film. Although the storyline is typically paper thin for this genre of film, you won't be watching it for a storyline but for the butt kicking martial arts. And there's plenty of arm and leg flailing on show with bone crunching, head smashing and bullet ridden martial arts scenes that, unlike his other big budget film Romeo Must Die, don't use mirrors or wires. The highlight of the film must be when Jet takes on an entire class of martial arts students and, naturally, kicks some arse.