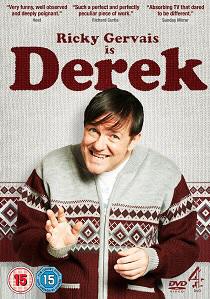 A bittersweet comedy drama about a group of outsiders living on society's margins, Derek is available to own for the first time on DVD and Blu-ray from 11th November 2013.

Derek Noakes (Ricky Gervais) is an innocent man whose love for his job and the people he cares for shines through in everything he does. He's 49 years old and loves animals, Jesus, Deal or No Deal, Million Pound Drop and Britain's Got Talent - but his main hobby is autograph hunting.

Derek works in a retirement home with his mate and landlord, Dougie (Karl Pilkington in his very first acting role) and Hannah (Kerry Godliman), a care worker and Derek's best friend.

Derek on DVD is bursting with exclusive extras including the pilot episode which won the comedy award at the New York International Short Film Festival, a making- of documentary, hilarious bloopers and a wide selection of deleted scenes.

With top-notch performances and a second series confirmed to air next year, catch up with Derek, a touching, painfully sad and hilarious series, on DVD just in time for Christmas. 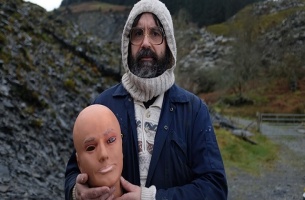 HotDVDBD
In Brian And Charles, released on DVD and Blu-ray 10th October 2022 from Mediumrare, an inventor lives alone in a remote village in the countryside, inventing useless things out of found objects in his garage. That is until Brian builds a robot for company. END_OF_DOCUMENT_TOKEN_TO_BE_REPLACED
Comments
BD Releases News Pick