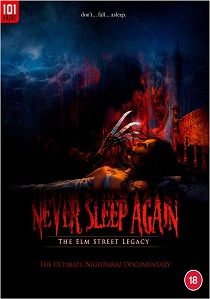 Murderer. Dream demon. Bastard son of a hundred maniacs. Any way you slice it, there can only be one man-one monster-who epitomizes those words: Freddy Krueger.

For decades, Freddy has slashed his way through the dreams of countless youngsters and shows no signs of ever resting in peace.

So get ready for Freddy in the definitive account of modern cinema's eternal bogeyman and what has been called the most frightening and imaginative horror franchise in motion picture history!

BD
After more than thirty years of service as one of the Navy's top aviators, Pete 'Maverick' Mitchell is back where he belongs as Top Gun: Maverick flies onto DVD, Blu-ray and 4K UHD 31st October 2022 from Paramount Home ... END_OF_DOCUMENT_TOKEN_TO_BE_REPLACED
Top PicksView