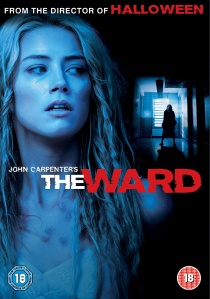 "Only sanity can keep you alive", is John Carpenter's stark warning of his classic thrilling slasher horror, The Ward, released on Blu-ray and DVD on 16th May 2011 by Warner Home Video.

The Ward marks the return of legendary Godfather of slasher horror John Carpenter after nearly a decade and evokes the classic finely crafted horror of i}Halloween and Village of the Damned. This bone-chilling horror stars Amber Heard as Kristen (Drive Angry 3D) and Jared Harris as Dr Stringer (Mad Men) delivers on jumps and scares aplenty.

Welcome to North Bend Psychiatric Hospital in 1966, an isolation ward for female offenders with a deadly secret guaranteed to terrify beyond words. Kristen (Amber Heard) finds herself committed to The Ward after setting fire to an abandoned farmhouse. Imprisoned in this terrifying asylum alongside a group of erratically behaved young women, Kristen not only faces overbearing wardens during the day but by night a savage ghostly figure stalks the ward hallway for her next victim to swallow into the darkness.

With no recollection of previous events and fellow inmates disappearing one by one, the terrifying realisation dawns on the patients that anyone could be next. A petrified Kristen is forced to band together with four other female offenders to piece together a dark secret and reveal the horrific truth in a desperate struggle for survival. 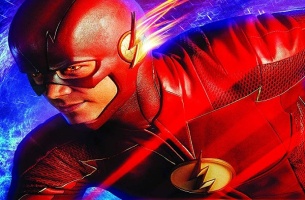 HotDVDBDTVBoxset
Barry continues to protect the people of Central City from the meta-humans that threaten it as The Flash: Season 4 is released on DVD and Blu-ray 24th September 2018 from Warner Home Video. END_OF_DOCUMENT_TOKEN_TO_BE_REPLACED
Comments
DVD Releases News Pick

DVD
The globally renowned Len Deighton novel The Ipcress File, the first in the Harry Palmer series, has been adapted into a six-part series and is released on DVD 18th April 2022 from ITV Studios Home Entertainment. END_OF_DOCUMENT_TOKEN_TO_BE_REPLACED
Top PicksView