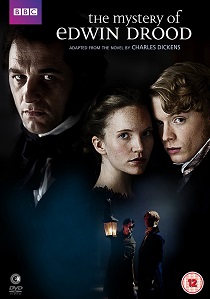 Charles Dickens' The Mystery Of Edwin Drood is as enigmatic in real life as it is in fiction; the author's death before its completion makes this early and fine example of a murder mystery even more of a whodunit? And the 2012 BBC television adaptation, featuring an all-star cast, is as gothic as Dickens gets. Now it is set to get its first ever DVD release courtesy of Second Sight.

Featuring a stellar cast including Matthew Rhys (The Americans), Freddie Fox (King Arthur: Legend of the Sword) and Tamzin Merchant (Jane Eyre), Dickens' darkest novel is chillingly adapted for the screen by Gwyneth Hughes. It originally aired on BBC Two and now it is set for its DVD release on 6th November 2017.

Fuelled by hatred and opium addiction, choirmaster John Jasper has visions of strangling his debauched nephew Edwin Drood and being with the object of his desire and obsession, Drood's beautiful fiancé Rosa Bud. As events unfold Jasper's sanity is pushed to the limit and when Drood disappears all may not be what it seems in this highly atmospheric gothic mystery.

The Mystery of Edwin Drood is a captivating, dark slice of Dickensian drama. 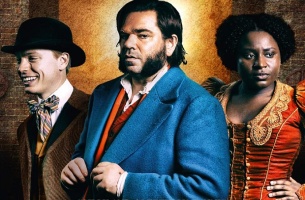 Year of the Rabbit

HotDVDTV
Fresh from the success of What We Do In The Shadows, Matt Berry makes a welcome return to our screens in Year of the Rabbit, arriving on DVD 22nd July 2019 from Acorn Media International. END_OF_DOCUMENT_TOKEN_TO_BE_REPLACED
Comments
UHD Releases News Pick

UHD
The end of the line is only the beginning in a wild, non-stop thrill ride through modern-day Japan as Bullet Train is released on DVD, Blu-ray and 4K UHD 24th October 2022 from Sony Pictures Home Entertainment END_OF_DOCUMENT_TOKEN_TO_BE_REPLACED
Top PicksView