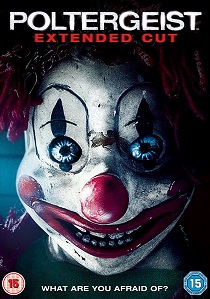 Legendary filmmaker Sam Raimi (Spiderman, Evil Dead, The Grudge) and director Gil Kenan (Monster House) contemporise the classic tale about a family whose suburban home is haunted by evil forces. When the terrifying apparitions escalate their attacks and hold the youngest daughter captive, the family must come together to rescue her before she disappears forever.

With suspenseful storytelling and jaw-dropping visuals, this electrifying take on a spine-chilling classic will haunt you from its early nightmarish moments to its exhilarating climax!