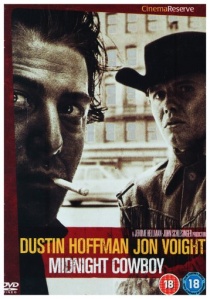 News
News Article Go back to homepage
Twentieth Century Fox Home Entertainment, on behalf of MGM, is proud to present the classic films Midnight Cowboy, Some Like It Hot and The Magnificent Seven each as two-disc Collector Editions on 13th August 2007
Twentieth Century Fox Home Entertainment
Unknown
18/07/2007
Thank you for supporting DVD365.net when you order using the link(s) below. As an Amazon Associate we earn from qualifying purchases
Buy BD
Information

Continuing the eminent Cinema Reserve range, Twentieth Century Fox Home Entertainment, on behalf of MGM, is proud to present the classic films Midnight Cowboy, Some Like It Hot and The Magnificent Seven each as two-disc Collector Editions. These Cinema Reserve DVDs boast outstanding extras, superior sound and vision plus they are all beautifully packaged in an eye-catching steel book case.

Midnight Cowboy, the Academy Award®-winning Best Picture starring Dustin Hoffman and Jon Voight, is now available on this optimum format with a second disc that contains two insightful documentaries, a photo gallery and a featurette on director John Schlesinger.

Widely regarded as one of the best comedies ever made, Some Like It Hot will be released on 6th August 2007 with a fantastic new line-up of special features. Directed by Billy Wilder and starring Marilyn Monroe, Tony Curtis and Jack Lemmon, this two-disc DVD contains over two hours of extras including the newly filmed 'The Legacy of Some Like It Hot' featurette plus documentaries and photo galleries.

The Magnificent Seven starring Yul Brynner, James Coburn and Steve McQueen will be released as part of the Cinema Reserve collection on 13th August 2007. This is the ultimate viewing experience of one of Hollywood's greatest westerns and this DVD includes a fascinating audio commentary with contributions from actors Eli Wallach and James Coburn and a behind-the-scenes documentary.

The Cinema Reserve DVD brand celebrates legendary films from the studios of Twentieth Century Fox and MGM. Presented in an exclusive steel DVD case, this collection provides film fans with the highest quality DVD versions of the studios' most seminal movies and defining moments in cinema history. It's for film lovers who expect more from a Special Edition.

DVD
In Brian And Charles, released on DVD and Blu-ray 10th October 2022 from Mediumrare, an inventor lives alone in a remote village in the countryside, inventing useless things out of found objects in his garage. That is until ... END_OF_DOCUMENT_TOKEN_TO_BE_REPLACED
Top PicksView