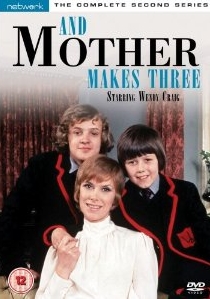 And Mother Makes Three - The Complete Second Series, sees Auntie and the boys welcoming the prospect of a man about the house again. Sally however, isn't so sure... The misadventures of Sally and her sons proved heart-warming and endearing to TV audiences. It became one of the top ITV shows of the early 1970s and its success spawned a spin-off show And Mother Makes Five.