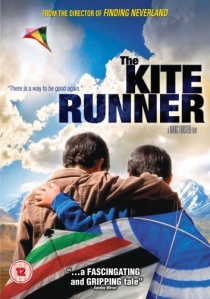 The poignant and intimate epic based on Khaled Hosseini's best-selling novel, The Kite Runner, available to buy on DVD from Paramount Home Entertainment from 2nd June 2008, is a profoundly moving tale of friendship, family, devastating mistakes, betrayal and redemption.

Spanning several decades and set against the backdrop of, first the Soviet invasion and then the Taliban takeover of Afghanistan, two childhood friends, Amir and Hassan, form an unlikely friendship in Kabul. Amir's failure to defend Hassan against a brutal attack leads to crushing guilt and the boys' ultimate separation. Forced to flee Kabul ahead of Soviet troops, Amir and his father escape to the United States to pursue a new life, but years later Amir is still haunted by the guilt of betraying his childhood friend, and returns to a perilous Afghanistan under the Taliban's iron-fisted rule to face the secrets that still disturb him and take one last daring chance to set things right. In doing so, Amir opens his heart as well as his family's sealed secrets, with life-changing consequences.

Forster brings to life Khaled Hosseini's bestseller with a globally diverse cast and crew, mixing a remarkable group of non-actors from Afghanistan and Central Asia with an accomplished international cast. A life-affirming story of courage and forgiveness, The Kite Runner is a film that powerfully combines gripping suspense with universal themes to transcend time and place and touch the hearts of viewers everywhere. 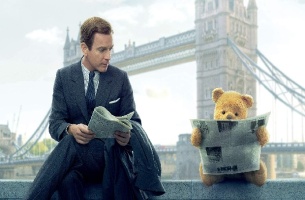 HotDVDBD
Share the wonder and delight of the bighearted tale from Disney with your family as Christopher Robin arrives on DVD and Blu-ray 10th December 2018 from Walt Disney Home Entertainment. END_OF_DOCUMENT_TOKEN_TO_BE_REPLACED
Comments
BD Releases News Pick

BD
After moving to a new town, two brothers discover that the area is a haven for vampires as the classic The Lost Boys is released on 4K UHD 20th September 2022 from Warner Home Video. END_OF_DOCUMENT_TOKEN_TO_BE_REPLACED
Top PicksView