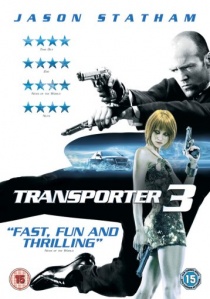 Icon Home Entertainment is thrilled to announce Transporter 3, the third in the series of the Jason Statham adrenaline-pumped action films released in three formats including DVD, Blu-ray, and Special Edition DVD Box Set from 20th April 2009.

Jason Statham returns as former Special Forces mercenary Frank Martin who has relocated to Paris to continue his business of delivering packages without questions. Only this time someone else is making up the rules as Frank faces a race against time to safely deliver his latest consignment. From the Riviera to the Baltic Sea, via Stuttgart and Budapest, the explosions are bigger, the stunts are better and the cars are faster than ever before! Much needed assistance is on offer with the return of the reluctant side-kick Tarconi, the Frech detective played by Francois Berleand (Tell No One).

More hindrance than help comes in the sexy shape of love interest Valentina (Natalya Rudakova). Can Frank race against time to save his life, outwit the evil Robert Knepper (Prison Break, Hitman), and ex-Delta Force criminal mastermind, and prevent global destruction? With a booby-trapped bracelet locked to his wrist, Frank Martin finds himself unable to go more than 20 meters from his precious car, or else he'll explode. This is an incentive for him to head for Odessa to deliver a mystery package and to put up with the presence of a mystery woman in his car, the sexy Valentina.

The fight sequences are choreographed by Corey Yuen, who worked on films with Jet Li and Jackie Chan, before moving West to choreograph Lethal Weapon 4, X-Men, and Transporter 1 & 2. A perfect example of Yuen's amazing fight choreography occurs during the "strip-fight" which showcases Jason Statham's rippling muscles; who underwent a strict diet before filming. "In the last year, Jason's worked hard to sculpt an exceptional body shape," says Megaton. "The loss of weight shows in his face and heightens his charisma. We tried to make the most of his athletic physique." The big step forward in this third instalment is the genuine danger that hangs over Frank," says director Olivier Megaton, "

For the first time in his career, Frank faces a fearsome adversary who truly raises the bar. He also falls in love for the first time, which results in putting himself in even more danger. When he was unattached, Frank was a cool machine. In love, he's much more vulnerable. He allows himself to express emotion, and above all, refuses to leave Valentina at the side of the road to save his own skin. The stakes are raised, which adds a new dimension to the character, and in this triangular face-off, we are truly locked into the codes of a great action movie." 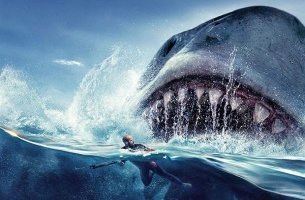 HotDVDBD3D-BDUHD
After escaping an attack by what he claims was a 70-foot shark, Jonas Taylor must confront his fears to save those trapped in a sunken submersible as The Meg arrives on DVD, Blu-ray, 3D Blu-ray, 4K UHD Blu-ray 10th December 2018 from Warner Home ... END_OF_DOCUMENT_TOKEN_TO_BE_REPLACED
Comments
UHD Releases News Pick