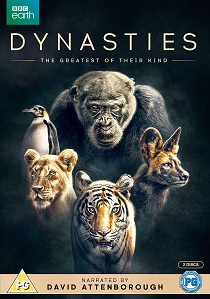 Enter a world of dynastic power struggles and family treachery with new landmark series, Dynasties. Narrated by David Attenborough, Dynasties takes you deeper into the lives of five of the world's most celebrated and endangered animals than ever before: Emperor Penguin, Chimpanzee, Lion, Painted Wolf and Tiger.

Travel from the plains of Africa to the jungles of India, from the edge of the Sahar a to the frozen wastes of Antarctica. Watch leaders battling rivals for their crown, feuds tearing families apart and parents risking their lives to protect offspring from the coldest and cruelest winter on earth. 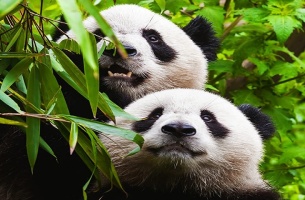 HotDVDBDTV
Narrated by Sir David Attenborough, The Mating Game, released on DVD and Blu-ray 29th November 2021 from BBC Worldwide, is the story behind the most fascinating, hilarious and dramatic quests to find a mate and leave a lasting legacy. END_OF_DOCUMENT_TOKEN_TO_BE_REPLACED
Comments
UHD Releases News Pick

UHD
Fast forward to the 1980s as Wonder Woman's next big screen adventure finds her facing a wide array of foes including Max Lord and The Cheetah as Wonder Woman 1984 flies in on Blu-ray and 4K UHD 22nd March 2021 from Warner ... END_OF_DOCUMENT_TOKEN_TO_BE_REPLACED
Top PicksView