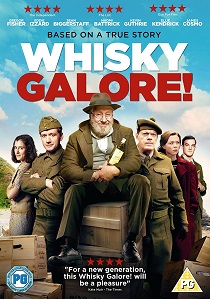 NewsComedy
News Article Go back to homepage
Based on the true story of the cargo ship SS Politician running aground off the coast of Eriskay in 1941, the remake of Whisky Galore! is released on DVD and Blu-ray 6th November 2017 from Arrow Films.
Eddie Izzard, Gregor Fisher, Sean Biggerstaff, James Cosmo, Ellie Kendrick, Kevin Guthrie
Gillies MacKinnon
Iain Maclean, Alan J. Wands
Arrow Films
1 hour 38 minutes
06/11/2017
#WhiskyGalore
Thank you for supporting DVD365.net when you order using the link(s) below. As an Amazon Associate we earn from qualifying purchases
Buy DVD
Buy BD
Information

Based on the novel by Sir Compton Mackenzie and with a star-studded cast lead by Eddie Izzard (Victoria & Abdul, TV's Hannibal) and Gregor Fisher (TV's Rab C. Nesbitt) heart-warming comedy, Whisky Galore!, is released on Blu-ray & DVD on 6th November 2017.

Directed by Gillies Mackinnon (Hideous Kinky) from a script by award-winning writer Peter McDougall, Whisky Galore! also stars Naomi Battrick (TV's Waterloo Road and Ripper Street), Sean Biggerstaff (Harry Potter and the Deathly Hallows: Part 2), Ellie Kendrick (An Education, Game of Thrones), James Cosmo (T2 Trainspotting, Wonder Woman) and Kevin Guthrie (Fantastic Beasts and Where To Find Them) and follows the inhabitants of the isolated Scottish island of Todday in the Outer Hebrides who are largely unaffected by wartime rationing, until their supply of whisky runs out!

Then gloom descends on the disconsolate natives. In the midst of this catastrophe, Sergeant Odd returns on leave to court Peggy, daughter of Post Office Master and Island Patriarch Joseph Macroon. Meanwhile, Macroon's other daughter, Catriona, has just become engaged to meek schoolteacher George Campbell, though his stern, domineering mother refuses to give her approval.

Things take an unexpected turn for the better when the freighter S.S. Cabinet Minister runs aground in heavy fog late one night, and begins to sink. The Biffer and Sammy row out to investigate and are ecstatic to learn from the departing crew that the cargo consists of 50,000 cases of whisky bound for export to America. 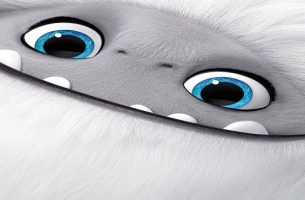