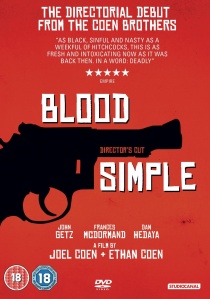 From the celebrated filmmaking team of Joel Coen and Ethan Coen (No Country for Old Men, The Big Lebowski, Fargo), Blood Simple is a witty and stylish film noir about a double-cross and murder in a small town.

Starring an assembly of great character actors, Blood Simple has launched the careers of the Coen Brothers. It was also the first major film of cinematographer and director Barry Sonnenfeld (Men in Black, Get Shorty).

M. Emmett Walsh (Blade Runner) plays Visser, an unscrupulous private eye hired by Texas bar owner Marty (Dan Hedaya: The Usual Suspects) to murder Marty's faithless wife Abby (Frances McDormand: Burn After Reading) and her lover, Ray (John Getz: The Social Network), one of Marty's employees. But Visser is not more up-front with Marty than with anyone else; he makes some slight modifications of the original plan so that it better serves his own best interests. After a surprise double-cross and the murder of one of the important players, matters spiral out of control.

This Director's Cut is three minutes shorter than the original 1985 theatrical release. The Coens reduced the running time with tighter editing, shortening some shots and removing others altogether. In addition, they resolved long-standing right issues with the music. 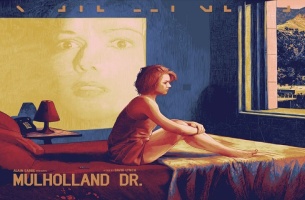 HotUHD
Considered by many as one of the greatest films of the 21st century, a stunning new 4K restoration of David Lynch's iconic surrealist mystery-drama Mulholland Drive is released on 4K UHD 6th December 2021 from StudioCanal. END_OF_DOCUMENT_TOKEN_TO_BE_REPLACED
Comments
Hot Pick

HotDVDBDUHD
From the acclaimed director of fan-favourites such as Baby Driver, Shaun of the Dead and The World's End comes the tribute to 1960s London in Last Night In Soho, available to own on DVD, Blu-ray and 4K UHD 31st January 2022 from Universal Pictures (UK). END_OF_DOCUMENT_TOKEN_TO_BE_REPLACED
Top PicksView