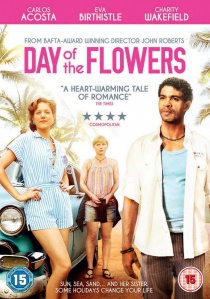 Starring Eva Birthistle, Charity Wakefield and Carlos Acosta the romantic comedy Day Of The Flowers is released on DVD from Metrodome Distribution on 10th March 2014.

Two young, strong-willed Scottish sisters, one a left-wing activist, the other a born-to-shop fashionista, take their late father's ashes to Cuba, the site of many intriguing family legends. Arriving in Havana, the two women promptly lose the ashes and go through a series of misadventures - both romantic and dangerous - to try to retrieve them, making some surprising discoveries along the way about the family ties that hold them together.

Drenched in sunlight and with a fabulous Cuban soundtrack, Day Of The Flowers is a colourful and wryly humorous tale of cross-cultural misunderstandings and lost illusions which will lift spirits and make hearts soar.