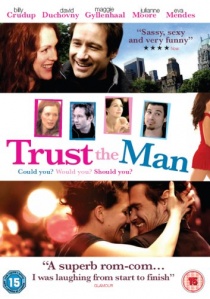 Trust The Man is a romantic comedy with soul that explores the subtleties of love and marriage. This socially relevant drama is a frank and refreshing approach to an ever popular genre. Avoiding clichés, Trust The Man is an intelligent and quirky look at the underbelly of relationships. Appealing to both men and women, it is a realistic and relevant love story that is smart, funny, feel good and entertaining, a great way to spend a romantic night in with a loved one.

A hilarious romantic comedy about the challenges of love and marriage among modern day New Yorkers, Trust The Man features the romantic escapades of two couples: a successful actress (Julianne Moore) and her stay at home husband (David Duchovny); and her slacker younger brother (Billy Crudup) and his aspiring novelist girlfriend (Maggie Gyllenhaal).

The film follows these four on their pointed, often surprising and frequently hilarious search for love in the midst of careers, family, infidelity and the ever daunting search for Manhattan street parking. 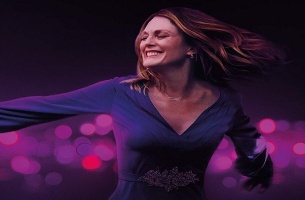 HotDVDBD
Released on DVD and Blu-ray 5th August 2019 from Curzon Artificial Eye, from director Sebastian Lelio comes Gloria Bell, a sophisticated romantic comedy that shows love can strike at any time, relationships are never simple, and nothing can get you down as long as you keep ... END_OF_DOCUMENT_TOKEN_TO_BE_REPLACED
Comments
Hot Pick

HotUHD
After moving to a new town, two brothers discover that the area is a haven for vampires as the classic The Lost Boys is released on 4K UHD 20th September 2022 from Warner Home Video. END_OF_DOCUMENT_TOKEN_TO_BE_REPLACED
Top PicksView