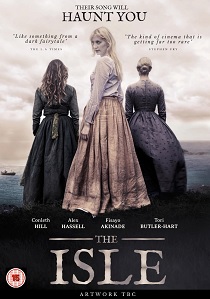 The Isle, released on DVD 22nd July 2019 from DC Releasing Limited is a supernatural folk thriller set on a remote island off the west coast of Scotland in 1846.

When a heavy storm hits causing a ship to sink, three survivors row through a thick, early morning mist, lost and disorientated. The fog begins to clear and The Isle appears before them. They soon discover that it is almost abandoned except for its four sole residents; an old harbourman, a farmer, his niece and a wild woman.

Once rested and fully recovered the sailors are desperate to leave and return to the mainland, but the promised boat never appears. One of them starts to investigate and learns of a tragedy at sea that occurred five years previously causing several young men from the island to perish.

When his two shipmates meet with fatal accidents, the myth of a ghostly siren haunting the island leads him to uncover the truth while he battles to save his own life. 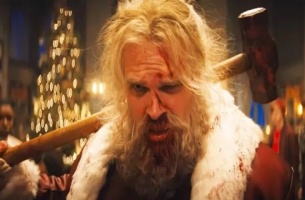 HotDVDBD
From the producers of Nobody and John Wick comes a bare-knuckle, coal-dark holiday action-comedy that says you should always bet on red as Violent Night sledges in on DVD and Blu-ray 6th March 2023 from Warner Home Video. END_OF_DOCUMENT_TOKEN_TO_BE_REPLACED
Comments
BD Releases News Pick

BD
Finding praise from critics around the world, Boyhood, following the life of Mason, from early childhood to his arrival at college, is released on Blu-ray and 4K UHD 27th March 2023 from Arrow Films. END_OF_DOCUMENT_TOKEN_TO_BE_REPLACED
Top PicksView