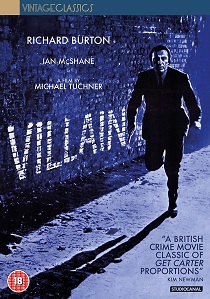 1971 British gangster drama Villain is directed by Michael Tuchner, his feature film debut. Starring Richard Burton (Who's Afraid of Virginia Woolf) as a sadistic London gang leader inspired by Ronnie Kray, the film is based on James Barlow's 1968 book Burden of Proof.

East end gang chief Vic Dakin is a violent psychopath who lives with his mother (Cathleen Nesbitt, An Affair to Remember) whilst making a living by running a prosperous protection racket. After a tip off for a potential payroll heist opportunity, Dakin starts planning the job, bringing in a gang from the criminal underworld alongside associate Wolfe Lissner (Ian McShane, John Wick).

Detective Inspector Robert Matthews (Nigel Davenport, Chariots of Fire) has been tasked to arrest Dakin when he makes his first mistake and is watching his every move, determined to catch him in the act. When a gang member is hospitalised and Matthews is closing in, can Dakin silence him before he confesses all? 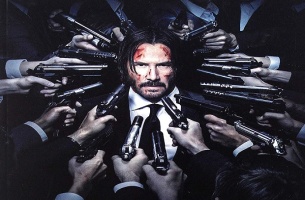