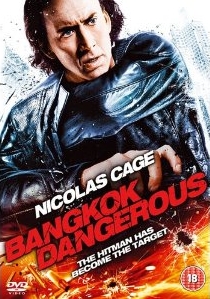 Oscar-Winning Nicolas Cage (Gone in 60 Seconds, Con Air, Face/Off) stars as remorseless hitman Joe in the adrenaline-powered action thriller Bangkok Dangerous. An intense crime thriller, Bangkok Dangerous is brought to the small screen by Entertainment In Video and is available to buy and rent on DVD and to buy on Blu-Ray on 29th December 2008.

Based on the hugely popular Thai film of the same name, directors Oxide and Danny Pang (The Eye) paint an explosive picture of the Bangkok underworld, illuminated with neon and saturated in violence and with an equally explosive cast which includes Charlie Yeung (Seven Swords), Shahkrit Yamnarm (Belly of the Beast) and Dom Hetrakul (Sniper 3).

The life of anonymous assassin Joe takes an unexpected turn when he travels to Thailand to complete a series of contract killings. Hired by brutal gangster Surat (Nirattisai Kaljaruek), Joe is in Bangkok to execute four of Surat's enemies but first he has to find a willing but disposable accomplice.

Recruiting local street punk and pickpocket Kong (Shahkrit Yamnarm) to run his errands and meet with Surat, Joe intends to cover his tracks by killing Kong at the end of the assignment but strangely he finds himself mentoring the young man instead. The ultimate lone wolf, Joe slips further from his usual intense isolation when after being wounded in his first hit on one of Surat's enemies, he meets and becomes romantically involved with shy, pretty, deaf mute pharmacist, Fon (Charlie Yeung).

A complete innocent, Fon takes Joe home to meet her grandmother and to his astonishment, a romance blossoms. Questioning his isolated existence and intoxicated by Bangkok, Joe begins to let his guard slip but when the couple are attacked by muggers, Joe reacts instinctively and dispatches both men. However Fon flees in horror.

Despondent over Fon's rejection, Joe withdraws even from Kong and throws himself back into his work, planning to complete his assignments and disappear in his usual manner without a trace and killing Kong in the process. But when Joe's final target turns out to be a Thai hero and he demands more money, Surat sees him as a liability and Joe becomes hunted by both Surat and the Thai police. As the only key to Joe's identity, Kong's life is now also in danger and he too finds himself hunted by Joe's brutal employer.

Dejected and hounded, Joe recalls his countless victims and begins to see himself as the monster he has become in Fon's eyes. Disturbed by his own actions, he is unable to carry out his final assignment and decides to leave Bangkok...but not before rescuing Kong and destroying Surat, even if it means sacrificing himself. 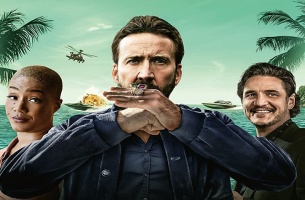 UHD
The world's most lethal odd couple - bodyguard Michael Bryce and hitman Darius Kincaid - are back on another life-threatening mission as The Hitman's Wife's Bodyguard arrives on DVD, Blu-ray and 4K UHD 6th September 2021 from ... END_OF_DOCUMENT_TOKEN_TO_BE_REPLACED
Top PicksView