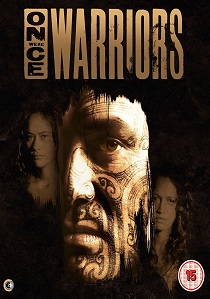 Lee Tamahori's highly acclaimed Once Were Warriors is a powerful, unflinching depiction of domestic and gang violence within New Zealand's urban Maori community. And now, more than 20 years after it thrust Tamahori into the limelight and laid bare the trials of indigenous New Zealanders this powerful and uncompromising film makes its Blu-ray debut courtesy of Second Sight.

Maori couple Jake (Temiera Morrison) and Beth (Rena Owen) have been married for 18 years, but although charming, Jake has a brutal temper and a rampant drink problem.

Living in the Auckland slums with their children, unemployed Jake spends most of his time in the pub, drinking and getting into fights to prove his masculinity, and when he returns home Beth and the children are on the receiving end of his extreme violence.

With the ongoing abuse and instability affecting their children differently, Beth struggles to keep her family together and soon devastating events unfold that will change all their lives forever.

The film helped Lee Tamahori become a big-name Hollywood director, with blockbusters including Die Another Day and The Devil's Double among his successes, and put New Zealand film into the spotlight on a global stage, earning rave reviews worldwide. Now When Were Warriors can be seen in stunning high definition, and arrives with brand new special features on Blu-ray on 19th February 2018 from Second Sight Films.

DVD
Stuck in a meaningless job and drowning in the alcoholism that cost him his marriage, Jack Cunningham is asked to coach the basketball team at his alma mater, in Finding The Way Back is released on ... END_OF_DOCUMENT_TOKEN_TO_BE_REPLACED
Hot PicksView