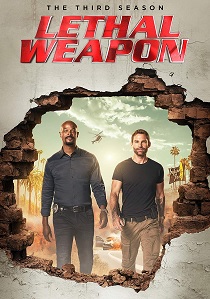 In the third season, Murtaugh meets his match in Wesley Cole (Seann William Scott), a former international CIA operative who has been everywhere and seen everything. When Cole returns home and assumes his duties as an officer with the LAPD, he soon finds himself navigating a new partnership with Murtaugh as he adjusts to life in Los Angeles.

3D-BD
The surviving members of the resistance face the First Order once again, and the legendary conflict between the Jedi and the Sith reaches its peak as Star Wars: The Rise of Skywalker is released on ... END_OF_DOCUMENT_TOKEN_TO_BE_REPLACED
Top PicksView