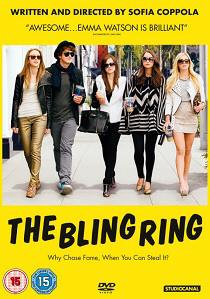 In the fame-obsessed world of Los Angeles, a group of teenagers take us on a thrilling and disturbing crime-spree in the Hollywood hills. Based on true events, the group, who were fixated on a life of glamour, tracked their celebrity targets online, and stole more than $3 million in luxury goods from their homes. Their victims included Paris Hilton, Orlando Bloom, and Rachel Bilson, and the gang became known in the media as "The Bling Ring".

In The Bling Ring, released on DVD and Blu-Ray on 28th October 2013 courtesy of StudioCanal, Oscar Winning filmmaker Sofia Coppola takes us inside the hedonistic world of these youthful teenage wannabes, where naivete and excitement is amplified by the culture of luxury and fame.

DVD
Disney and Pixar's original feature film Luca, released on DVD, Blu-ray and 4K UHD on 23rd August 2021, is a fun and heartwarming story about friendship, stepping out of your comfort zone and two ... END_OF_DOCUMENT_TOKEN_TO_BE_REPLACED
Top PicksView