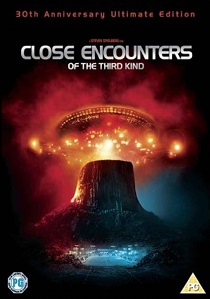 Marking the first time ever that all three versions of Close Encounters of the Third Kind are available in one package, the 30th Anniversary Ultimate Edition serves up a treat for fans of this classic film.

The Blu-ray edition, Steven Spielberg's first ever high definition release, will contain all three films on one 50GB disc (the 1977 Original theatrical edition, the 1980 theatrical Special edition and the 1998 Director's Cut). Through a process called "seamless branching", Blu-ray's software identifies the differences between each version of the film and segments the footage accordingly. Extras include a new interview with Steven Spielberg, a new production scrapbook and a 90-minute making of documentary.

The DVD box set, spread across three discs, contains all three films and all the bonus material found on the Blu-ray release.

After an unsettling incident on a lonely road, working man Roy Neary (Dreyfuss) becomes obsessed with strange visions, much to the dismay of his increasingly distraught wife (Garr). Meanwhile a series of bizarre and mysterious incidents baffle scientists across the world, led by French scientist Claude Lacombe (Truffaut). What is the meaning of the unusually-shaped mountain Neary keeps imagining and how will it become involved in a revelation that will change mankind's future forever? 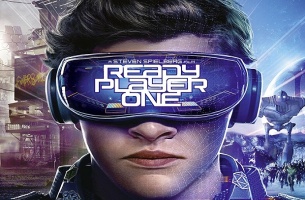