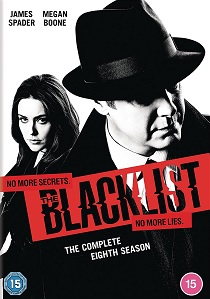 In Season 8 of The Blacklist, Raymond Reddington and Elizabeth Keen face off against their most daunting enemy yet: each other.

After their fall out, Liz teams up with her mother, the formidable and infamous Russian spy Katarina Rostova, whilst Red and the Task Force are left to grapple with the implications of Liz's actions. As Liz pushes for answers, long buried secrets are revealed, tensions boil over and drastic actions are taken that lead to truly devastating consequences for Red and Liz, that will change their relationship forever and could destroy the very Task Force they helped to create. 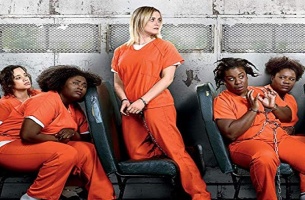 HotDVDTVBoxset
The inmates of Litchfield Penitentiary that you've come to know and love are all headed to the "max" when Orange Is the New Black: Season Six arrives on DVD 10th June 2019 from Lionsgate Home Entertainment. END_OF_DOCUMENT_TOKEN_TO_BE_REPLACED
Comments
DVD Releases News Pick