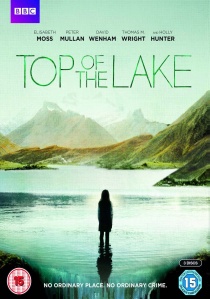 From Oscar® winning writer/director Jane Campion and the Oscar® winning producers of The King's Speech, Top of the Lake is a powerful and haunting mystery story set at the edge of the world starring Elisabeth Moss (Mad Men), David Wenham (Lord of the Rings), Peter Mullan (War Horse) and Holly Hunter (The Piano). The Top of the Lake BBC DVD and Blu Ray release is available from 19th August 2013 and comes with exclusive behind-the-scenes interviews with cast and crew.

Top of the Lake begins with a mystery - Tui, a 12 year old girl, walks chest deep into the freezing waters of an alpine lake in New Zealand. She is five months pregnant and won't say who the father is. Then she disappears.

Robin Griffin is a gutsy but inexperienced detective called in to investigate. But as Robin becomes more and more obsessed with the search for Tui, she slowly begins to realise that finding Tui is tantamount to finding herself - a self she has kept well hidden.

Set against one of the most amazing and untouched landscapes left on the planet, Top of the Lake is a powerful and haunting story about our search for happiness where the dream of paradise attracts it's dark twin, the fall.