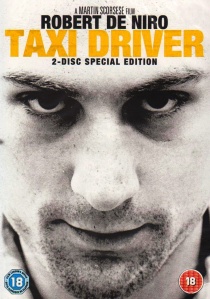 The counter-culture classic that defined a generation of movies is back and better than ever as Taxi Driver Special Edition arrives on DVD on 13th August 2007, courtesy of Sony Pictures Home Entertainment.

Taxi Driver follows a lonely and unstable Vietnam vet (De Niro) who sees New York City at its worst as he tackles his insomnia by spending his nights taxiing. A chance meeting with a teenage prostitute provides the catalyst for his terrifying final breakdown, however, as he takes his disgust out on the very mean streets that provide his living.

Boasting exclusive new packaging and packed with never-before-seen extras, including an introduction by Martin Scorsese, two feature length commentaries and brand new documentaries and featurettes, Taxi Driver Special Edition is a glowing new version of one of the most important films ever made and an absolute must-have for fans of Scorsese and De Niro.

HotUHD
A decade-defining classic from the imagination of Steven Spielberg and Chris Columbus, celebrating its 35 year anniversary, The Goonies is released on 4K UHD 31st August 2020 from Warner Home Video. END_OF_DOCUMENT_TOKEN_TO_BE_REPLACED
Top PicksView