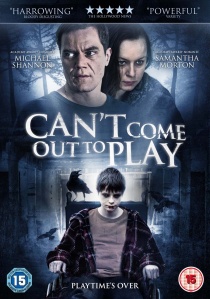 One of the most chilling and psychologically disturbing tales of the year will demand your full attention when Can't Come Out To Play comes to DVD and digital platforms from 22nd June 2015, courtesy of Signature Entertainment.

Feeling nothing but devastation after the loss of her mother and father, teenager Maryann (Natasha Calis - Daydream Nation, The Possession) moves in with her grandparents and is delighted when she befriends Andy (Charlie Tahan - I Am Legend, Blue Jasmine). Andy is in very poor health, and he must stay within his home and carefully follow the instructions of his mother Katherine (Samantha Morton - The Minority Report, John Carter) - who also forbids him from having any visitors. When Katherine's visits are discovered, Andy's father Richard (Michael Shannon - Man of Steel, TV's Boardwalk Empire) is initially fine with the visits but Katherine does not feel the same, and her behaviour grows increasingly erratic.

Also starring Peter Fonda (Easy Rider, 3:10 To Yuma) and directed by the acclaimed auteur John McNaughton (Wild Things, Mad Dog and Glory), Can't Come Out To Play is a chilling look at the lengths a mother will go to when protecting her child, even when her motivation for doing so is far from correct... Experience depraved parenting at its worst when Can't Come Out To Play comes to DVD and digital platforms from 22nd June 2015. 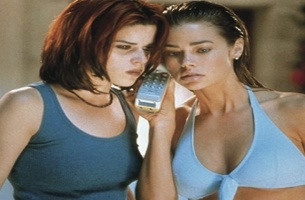