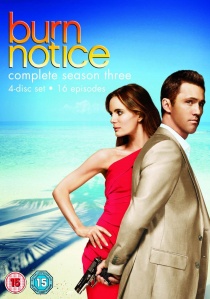 The third season of the hit drama, previously broadcast on FX, kicks off as Michael emerges from the crystal clear Miami sea completely free from interference by the organisation that burned him, only to find that he's now under investigation by the police. He has a new foe in the form of Detective Michelle Paxson (Moon Bloodgood; Terminator: Salvation), who quickly becomes obsessed with uncovering the truth about him.

Ever the reluctant hero, Michael and his unconventional 'team', Fiona and washed-up military intelligence officer Sam (Bruce Campbell), take on more of Miami's underworld as Michael tries to get back into the CIA. Latin American thugs, a kidnapped child and deals with some familiar faces help Michael inch closer to his ultimate goal - getting his identity back!

Join in the action with Burn Notice Season 3 on DVD this March. See how the chases and fights come together in featurette Inside the Burn Notice stunt team and enjoy the sun, surf and espionage of this high octane series with this incredible four disc DVD box set. 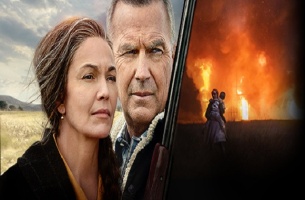 HotDVDBD
Witness how far one family will go to rescue one of their own in the riveting and emotionally charged action-drama Let Him Go, available to own for the first time on Blu-ray, DVD 26th April 2021 from Universal Pictures (UK). END_OF_DOCUMENT_TOKEN_TO_BE_REPLACED
Comments
Hot Pick 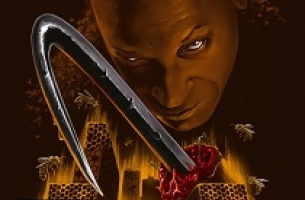 HotUHD
Dare you say his name five times? From the chilling imagination of horror master Clive Barker comes Candyman - one of the greatest horror movies of the '90s, now newly restored and released 23rd May 2022 on 4K UHD from Arrow Video. END_OF_DOCUMENT_TOKEN_TO_BE_REPLACED
Top PicksView