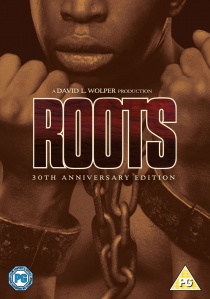 News
News Article Go back to homepage
Celebrate the TV series that inspired an entire nation when Warner Home Video mark the 30th anniversary of the groundbreaking broadcast of Roots with a pair of must-own DVD releases - Roots : 30th Anniversary Edition and for the first time ever on DVD Roots : The Next Generations from 29th October 2007
Warner Home Video
Unknown
29/10/2007
Thank you for supporting DVD365.net when you order using the link(s) below. As an Amazon Associate we earn from qualifying purchases
Buy DVD
Information

Celebrate the TV series that inspired an entire nation when Warner Home Video mark the 30th anniversary of the groundbreaking broadcast of Roots with a pair of must-own DVD releases - Roots : 30th Anniversary Edition and for the first time ever on DVD Roots : The Next Generations.

Available to buy from Warner Home Video on 29th October 2007, these box sets are packed with special features including documentaries and commentaries that explore the making of both series' and examine the continuing powerful legacy of these landmark shows. With memorable performances and all-star acting talent including James Earl Jones, Henry Fonda, Marlon Brando, Georg Stanford Brown, Debbie Allen, LeVar Burton, Olivia de Havilland, OJ Simpson and Richard Thomas, Roots : 30th Anniversary Edition and Roots : The Next Generations are timeless additions to any DVD collection and make perfect gifts this Christmas.

In January 1977, 80 million US TV viewers surrounded their television sets to watch the mini-series that followed the lives of several generations of a slave family and helped to change the racial consciousness of a nation. An astounding 100 million viewers saw the thought provoking final episode, which thirty years later is still the third most watched TV show in American history while a stunning 85% of all television homes saw all or part of the mini-series. Roots remains the number one mini-series of all time.

Based on Pulitzer Prize winner Alex Haley's best-selling novel about his African ancestors, Roots is the story of Kunta Kinte, a West African youth captured by slave raiders and shipped to America in the 1700s. The saga follows the different generations up until the Civil War where Kunte Kinte's grandson, Chicken George, gained emancipation.

The mini-series captivated the American television audience and became a social phenomenon unlike any other program of its time. The series brought racial issues to the forefront, became a catalyst for open and honest discussions about race and sparked a national interest in genealogy and family history.

Roots : The Next Generations

The sequel to Alex Haley's original Roots, Roots : The Next Generations garnered two Emmy awards including| Outstanding Miniseries. The powerful saga picks up where the original left off and follows Tom and his family as they struggle to exercise the rights they gained from Emancipation.

Through two World Wars and the turbulent Civil Rights movement the compelling series takes you all the way up to the 1960's and 1970's when Alex Haley, played by Oscar nominated actor James Earl Jones, begins the journey to piece his family lineage together. It is with this backdrop of social unrest that Alex Haley's search resulted in one of America's greatest stories ever told.