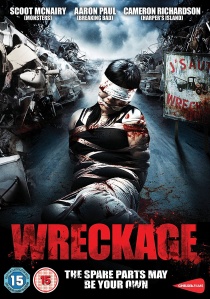 When their car's fan belt snaps during a drag race on a county road several miles outside their home town, best friends Jared (Erwin), Kate (Richardson), Rick (Paul) and Jessica (Kruger) find themselves stranded with two options: walk all the way back home or try their luck on finding a spare belt at a nearby scrap yard. Choosing the latter, but arriving after nightfall and finding the yard closed, they decide to climb the gate and go in search of the required part. Their situation goes from mildly inconvenient to seriously lethal in an instant when Rick's careless horseplay with a loaded pistol leaves Kate wounded and in desperate need of medical attention.

Meanwhile, the local sheriff's office has just received notification that a serial killer has escaped from the state prison and is thought to be hiding out somewhere in the area. Alerted to the situation at the wrecking yard by Jared, the police and ambulance crew arrive on the scene but can find no immediate sign of Rick, Jessica or the injured Kate. Moments later, the discovery of a mutilated body places Jared in the frame as the prime suspect in a murder investigation and leads to a long night of bloodshed and mayhem as a mysterious killer stalks the yard determined to slay everyone and leave no witnesses. 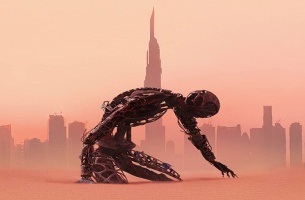