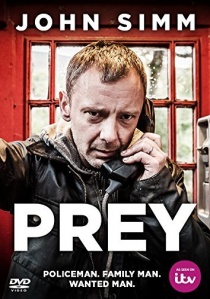 Police Man, Family Man, Wanted Man. Prey is ITV's new high-octane three-part thriller, lead by BAFTA nominated actor John Simm. Prey follows the story of a man on the run, who is desperate to clear his name for the sake of his family.

Detective Sergeant Marcus Farrow (John Simm) is a well-liked Manchester copper who is wrongly accused and arrested for an inhumane crime. Narrowly escaping police custody Farrow becomes an outlaw and begins a high-stakes game of cat and mouse across the city with Acting Detective Chief Inspector Susan Reinhardt (Rosie Cavaliero).

As a wanted killer, Farrow has few allies, however one thing is certain, for the sake of his family, Farrow is prepared to do things he never thought possible. And he won't rest until he knows the truth.

Prey is released on DVD by Spirit Entertainment Limited on 2nd June 2014.

Related Articles
Collateral, Trauma, Intruders, Mad Dogs: Series 4, The Village, Mad Dogs: Series 3, Exile, Life on Mars: Series 2, Strangers
Hold the Sunset: Series 1, The Enfield Haunting, Inside No.9: Series 2, Inside No.9: Series 1, Full English, A Young Doctor's Notebook, The Children Act, Gentleman Jack, Worzel Gummidge, Code 404, Worzel Gummidge: Series 2
The Missing, The Abandoned, Keeping Faith: Series 3, Baptiste: Series 2
The Comic Strip Presents: The Best Of, Cheat, Bancroft: Series 2, The Young Ones: The Complete Collection
Prometheus, Doctor Strange, Doctor Strange, Gemini Man, The Personal History of David Copperfield, Raya And The Last Dragon, Doctor Strange In The Multiverse Of Madness
Line of Duty: Series 2, In With The Flynns, Year of the Rabbit
Save Me, Blood, The Awakening
For your consideration 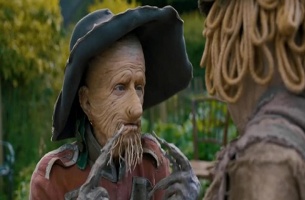 UHD
Tom Hardy returns as the lethal protector Venom, one of Marvel's greatest and most complex characters in Venom: Let There Be Carnage, available on 4K Ultra HD, Blu-ray and DVD on 3rd January 2022 from Sony Pictures Home ... END_OF_DOCUMENT_TOKEN_TO_BE_REPLACED
Top PicksView