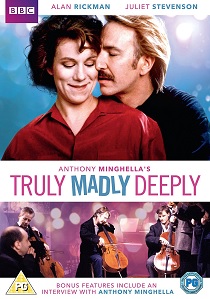 Truly, Madly, Deeply, Anthony Minghella's award-winning film, starring Juliet Stevenson and Alan Rickman, will be re-released by from BBC Worldwide on DVD on the 5th March 2018 as well as on Blu-ray for the first time ever. Oscar® winning Anthony Minghella's debut film became a classic love story of British cinema, winning the BAFTA for best original screenplay. The much-loved story of Nina and Jamie has been restored from the original TV master and is available to pre-order now.

Juliet Stevenson commented "I am absolutely thrilled that BBC Worldwide are re-releasing Truly Madly Deeply on DVD. No film has ever meant as much to me as this one, made with the late greats, Anthony Minghella and Alan Rickman. It is so rare for a film to have a long and lasting life - but this one renews its audience with each generation, and it makes me immensely proud and happy that it continues to speak freshly to young and old alike."

The critically-acclaimed 90s British classic follows the reunion of Nina (Juliet Stevenson) with the ghost of her recently departed lover Jamie (Alan Rickman) who has returned to visit her from the 'other side'. However, when a new relationship with psychologist Mark (Michael Maloney) starts to blossom, Nina must decide if she will betray the ghost that she is still 'Truly, Madly and Deeply' in love with.

In addition, the Truly, Madly, Deeply DVD and Blu-ray releases include an interview and introduction with writer and director Anthony Minghella as well as the original film trailer and an accompanying audio commentary.

Related Articles
Die Hard: 30th Anniversary, Eye In The Sky, Michael Collins: 20th Anniversary Edition, A Little Chaos, Gambit, Die Hard Quadrilogy, Harry Potter and the Deathly Hallows - Part 2, Harry Potter and the Order of the Phoenix, Snowcake, Die Hard, Dogma, Galaxy Quest, Girls on Top : The Complete Series, Harry Potter and the Order of the Phoenix, Robin Hood: Prince of Thieves
Love Is Thicker Than Water, Departure, On Angel Wings, The Enfield Haunting, The Village, The Secret of Moonacre, Riviera: Season 2, Riviera: Season 3
Fleabag: Series 1, Defence Of The Realm, The Man Who Invented Christmas, Fleabag: Series 2, Love Sarah, House of the Dragon: Season 1
Love on a Branch Line, Notes On A Scandal
Breaking and Entering, Breaking and Entering
For your consideration 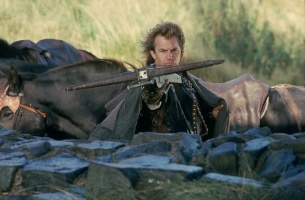