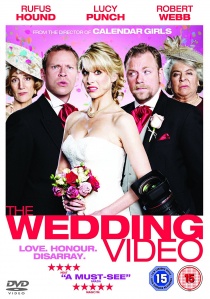 Starring Robert Webb (Peep Show, That Mitchell and Webb Look), Rufus Hound (Celebrity Juice, Argumental) and Lucy Punch (Bad Teacher, You Will Meet a Tall Dark Stranger), The Wedding Video, released on DVD and Blu-Ray by Entertainment in Video on 7th January 2013,, is a comedy set in the cut throat world of English society weddings.

The Wedding Video is directed by Nigel Cole (Made in Dagenham, Calendar Girls), written by Tim Firth (Confessions of a Shopaholic, Calendar Girls) and produced by James Gay - Rees (Senna, Exit Through the Giftshop). Raif (Hound), a shambolic oaf with a unique sense of humour, is asked to be his brother Tim's (Webb) best man when he marries Saskia (Punch).

To Raif's surprise, he finds his once-bohemian brother is marrying into Cheshire's most socially aspirant family. Saskia's grandmother, Patricia (Miriam Margolyes) would give Hyacinth Bucket a run for her money and mum Alex (Harriet Walker) has successfully married into life in the 'Cheshire Set' - the English 'Beverley Hills'.

Raif's present to the happy couple will be a video of their wedding. His film is our film - the final edited version with music, live action, interviews - the works. Amidst the chaos of planning their big day and fending off unwanted help the couple begins to wonder 'whose wedding is it anyway...? 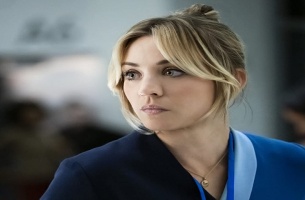 HotDVDTV
Starring Kaley Cuoco, The Flight Attendant: Season One, released on DVD 21st March 2022 from Warner Home Video, is a dark comedic thriller based on the novel by New York Times best-selling author Chris Bohjalian about the ways an entire life can change in one night. END_OF_DOCUMENT_TOKEN_TO_BE_REPLACED
Comments
DVD Releases News Pick

DVD
Two lifelong friends find themselves at an impasse when one abruptly ends their relationship, with alarming consequences for both of them in The Banshees Of Inisherin, released on DVD and Blu-ray 30th January 2023 from Walt ... END_OF_DOCUMENT_TOKEN_TO_BE_REPLACED
Top PicksView