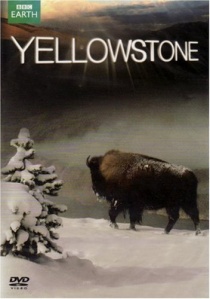 News
News Article Go back to homepage
Yellowstone National Park is one of the world's last and most spectacular wildernesses. Follow the fortunes of America's wildlife icons as they face the challenges of one of the most extraordinary wildernesses on Earth in this natural history spectacular released on DVD from 23rd March 2008 from 2enterain.
Mary Beth Schwartz, Dick Powell, Jeff Henry, Peter Firth
Andrew Murray, Kathy Kasic, Michael Gunton, Nathan Budd
2entertain
Unknown
23/03/2008
Thank you for supporting DVD365.net when you order using the link(s) below. As an Amazon Associate we earn from qualifying purchases
Buy DVD
Buy BD
Information

Larger than some American states, Yellowstone National Park is one of the world's last and most spectacular wildernesses. It is also home to some of the richest wildlife beyond the plains of Africa. Follow the fortunes of America's wildlife icons as they face the challenges of one of the most extraordinary wildernesses on Earth in this three part natural history spectacular released on DVD from 23rd March 2008.

Yellowstone is no ordinary wilderness. It has the distinction of being the worlds' first national park and is a lost world of vast plains, lush meadows and endless forests defended on all sides by towering mountains. It is the most extensive thermal area on earth with more than 10,000 boiling springs, fumaroles and bubbling mud pots and more geysers than the rest of the world put together. It's these strange natural wonders that first made Yellowstone famous and still make it unique today.

It is also the natural beauty of Yellowstone combined with its iconic inhabitants that attract millions to visit every year. Home to America's last great Bison herds, the grizzly bear and realm of the grey wolf, this landmark series reveals the grandeur of this unique place as its animals struggle to survive over the course of the vividly changing seasons.

Join the charismatic cast of Yellowstone's wildlife as they turn to face the extreme challenges of the seasons and discover just what it takes to brave temperatures 40 degrees below zero, to live through raging forest fires or to fight to the death for the right to breed.

The daily struggles of the wildlife are intimately linked to Yellowstone's greatest secret: that sleeping right beneath the snow is arguably the world's largest volcano. The fate of everything in this extraordinary wilderness is in the hands of forces more powerful than we can possibly imagine.