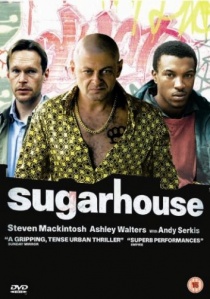 A shocking revelation regarding his girlfriend and young child has pushed successful, middle-class city boy Tom (Steven Mackintosh) to breaking point. Now he needs to get his hands on a gun and his only option is to buy one from a derelict crackhead known as D (Ashley Walters). Winding up at an abandoned warehouse close to a deprived council estate in East London, Tom finds himself way out of his depth when it comes to dealing with the scheming and unpredictable addict, and what should have been a relatively simple black-market transaction quickly degenerates into a volatile battle of wits between the two men.

Unknown to Tom is the fact that the gun he is trying to buy is actually a murder weapon stolen from a local kingpin and drug dealer nicknamed Hoodwink (Andy Serkis), to whom D is in financial debt. A borderline paranoid schizophrenic and much-feared violent criminal, Hoodwink will stop at nothing when it comes to finding and recovering the one item of evidence that could put him behind bars for a minimum of 15 years. As the tense negotiations between Tom and D spin further out of control, Hoodwink has already begun to beat a bloody path towards getting back what is his.

A violent and gritty tale of inner-city crime and the devastating effect it has on those unwittingly sucked into its vortex, Sugarhouse packs the kind of visceral punch not seen in British cinema for quite some time and features a chilling, powerhouse performance by Andy Serkis as the psychotic, drug-dealing killer, Hoodwink.

Related Articles
Kiri, Lucky Man: Series 2, The Halcyon, Gold, From There To Here, The Sweeny, Wonders of The Universe, Lock, Stock and Two Smoking Barrels : The Directors Cut, Wanderlust
Safe House: Series 2, Montana, Top Boy: Series 2, Outcasts, Bulletproof, Bulletproof: Series 2
Rise Of The Planet Of The Apes, Star Wars: The Last Jedi, War for the Planet of the Apes, Dawn of the Planet of the Apes, The Adventures Of Tintin: Secret Of The Unicorn, Rise Of The Planet Of The Apes, Animals United 3D, Sex & Drugs & Rock & Roll, The Cottage, Flushed Away, The Jolly Boys Last Stand, King Kong, Long Shot, The Hobbit Trilogy, SAS: Red Notice, The Batman
Montana, Adulthood, Shank, The Bromley Boys
For your consideration 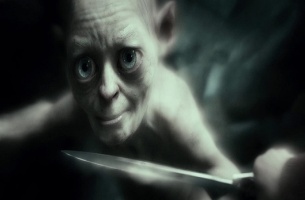