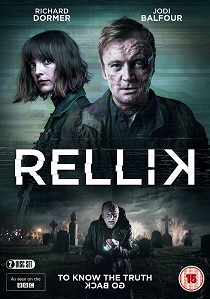 What makes a serial killer? Or the cop who is compelled to relentlessly track him down? What are the events that form a person into the human being they will become killer or cop?

Rellik is a serial killer story told backwards. Tracing the obsessive hunt of a disfigured detective as his story becomes intrinsically bound to that of his quarry, asking the question what are the experiences that forge the people we all become?

The search for the killer provides a procedural backbone, but the damaged and disfigured Met detective, Gabriel Markham is at the centre of the piece. Enigmatic, unrelenting and charismatic, Gabriel is propelled into an obsessive hunt for a serial killer who left a mark on him both physically and mentally. As the series winds backwards, we delve further into the painful psychology of a man disfigured - we see how it split apart his marriage, his family, and his sense of self, while the shockwaves from the crime ripple out in reverse. 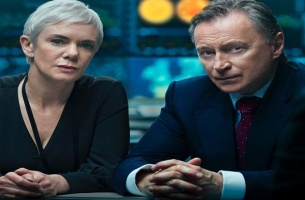 HotDVDTV
COBRA, released on DVD 23rd March 2020 from Spirit Entertainment, is a political drama set in the heart of government during a crisis that threatens to engulf the entire nation. END_OF_DOCUMENT_TOKEN_TO_BE_REPLACED
Comments
Hot Pick

HotDVDBD3D-BDUHD
The grave course of events set in motion by Thanos that wiped out half the universe and fractured the Avengers ranks compels the remaining Avengers to take one final stand in Marvel Studios', Avengers: Endgame, released on DVD, Blu-ray, 3D Blu-ray and 4K-UHD 2nd September ... END_OF_DOCUMENT_TOKEN_TO_BE_REPLACED
Top PicksView