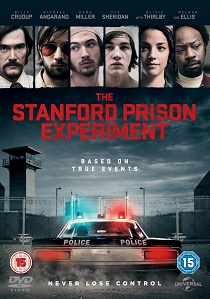 What happens when a college psychology study goes shockingly wrong? Based on the notorious true story, The Stanford Prison Experiment is released on DVD by Universal Pictures (UK) on 27th June 2016.

Directed by Kyle Patrick Alvarez, and starring Billy Crudup (Almost Famous, Watchmen) as Stanford University professor Dr. Philip Zimbardo, who, in 1971, cast 24 student volunteers as prisoners and guards in a simulated jail to examine the source of abusive behaviour in the prison system. The results astonished the world, as participants went from middle-class undergrads to drunk-with-power sadists and submissive victims in just a few days.

The Stanford Prison Experiment features an extraordinary cast including Ezra Miller (The Perks of Being a Wallflower, We Need to Talk About Kevin), Olivia Thirlby (Juno, The Wedding Ringer), Tye Sheridan (Mud, The Tree of Life), Keir Gilchrist (It Follows), Michael Angarano (Haywire, Sky High), Ki Hong Lee (The Maze Runner) and Thomas Mann (Me and Earl and the Dying Girl, Project X).

Created with the close participation of Dr. Zimbardo himself, The Stanford Prison Experiment is a chilling, edge-of-your-seat thriller about the dark side of power and the effects of imprisonment.

Related Articles
The Perks of Being a Wallflower, Justice League, Madame Bovary, Fantastic Beasts and Where to Find Them, We Need to Talk About Kevin, Zack Snyder's Justice League, Fantastic Beasts: Secrets of Dumbledore
Alien: Covenant, 20th Century Women, Blood Ties, Eat Pray Love, Sleepers, Big Fish, Almost Famous
Tree Of Life, The Forger, Joe, Mud, The Tree Of Life, Ready Player One, The Tree Of Life: The Criterion Collection, The Night Clerk
For your consideration 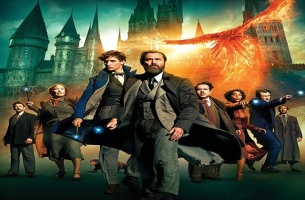 DVD
Tender and violent, terrifying and comic, The English, released on DVD 19th December 2022 from Dazzler Media., takes the arrows and bullets of its genre only to twist them into a uniquely compelling parable on gender, race, ... END_OF_DOCUMENT_TOKEN_TO_BE_REPLACED
Top PicksView