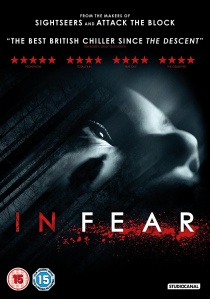 NewsHorrorThriller
News Article Go back to homepage
StudioCanal is proud to announce the DVD and Blu-ray release of In Fear - a tense psychological horror releasing on 10th March 2014 that is home invasion - but in a car. In real-time.
Allen Leech, Alice Englert, Iain De Caestecker
Jeremy Lovering
Matthew Justice, Katherine Butler, Jenny Borgars, James Biddle
StudioCanal
1 hour 25 minutes
10/03/2014
#InFear
Thank you for supporting DVD365.net when you order using the link(s) below. As an Amazon Associate we earn from qualifying purchases
Buy DVD
Buy BD
Information

From the makers of Sightseers and Attack the Block, StudioCanal is proud to announce the DVD and Blu-ray release of In Fear - a tense psychological horror releasing on 10th March 2014 that is home invasion - but in a car. In real-time.

The film stars Iain De Caestecker (Filth) and Alice Englert (Beautiful Creatures) as a young couple fighting to make it through the night when they find themselves trapped in a maze of country roads.

With only their vehicle for protection, Tom (De Caestecker) and Lucy (Englert) become terrorised by an unseen tormentor hell-bent on exploiting their worst fears. Driving, lost and tormented in the night, primal fears of the dark and the unknown give way to fear that you have let the evil in, or that it is already there. 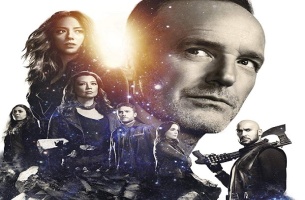