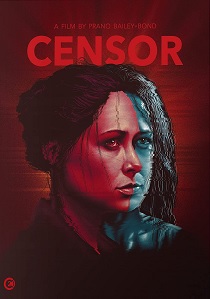 Enid (Algar - Deceit, The Virtues) spends her days meticulously watching and assessing gruesomely violent and disturbing movies, taking her work as a film censor very seriously. She holds a strong sense of responsibility in protecting audiences from extreme content, subconsciously driven by the guilt she holds from a disturbing childhood trauma.

When a troubling film lands on her desk, Enid finds herself embroiled in the story and slowly starts to uncover some of her lost memories that seem strangely similar to the film. Consumed by the need to find if there is a connection between the production and the disappearance of her sister, her life spirals out of control, descending into darkness and danger.

Censor: Limited Edition Blu-ray comes as a two-disc box set presented in a rigid slipcase with new artwork by James Neal and a soft cover book with brand new essays and art cards. The slew of special features include: three brand-new audio commentaries and new interviews with cast and crew and much more. 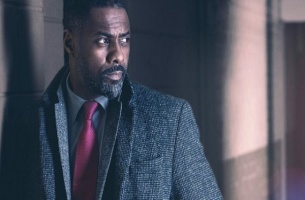 HotDVDBDTV
When the moonless shadows of London give birth to a new nightmare, John Luther once again confronts the depths of human depravity as Idris Elba returns to his iconic role in Luther, released on DVD and Blu-ray 28th January 2019 from BBC Worldwide. END_OF_DOCUMENT_TOKEN_TO_BE_REPLACED
Comments
DVD Releases News Pick

DVD
The end of the line is only the beginning in a wild, non-stop thrill ride through modern-day Japan as Bullet Train is released on DVD, Blu-ray and 4K UHD 24th October 2022 from Sony Pictures Home Entertainment END_OF_DOCUMENT_TOKEN_TO_BE_REPLACED
Top PicksView