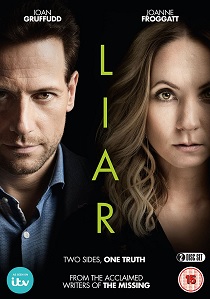 "Every truth has two sides; it is as well to look at both, before we commit to either" (Aesop)

Liar tells the story of a night that changes the lives of Laura Nielson (Joanne Froggatt) and Andrew Earlham (Ioan Gruffudd) forever.

Laura is a smart and dedicated teacher, not long out of a relationship and unsure about getting back on the dating scene. Andrew is a renowned surgeon whose son is a pupil at Laura's school. An initial attraction leads to a date, but neither fully realises the far-reaching consequences that their meeting will have on each other or their families. Truth and consequences go hand in hand in a tense and gripping thriller that examines both sides of a relationship and both sides of the truth. Are there really two sides to every story?

Liar, released on DVD by Spirit Entertainment Limited on 23rd October 2017, explores the devastating cost of deceit on both the couple and their friends and family, as secrets and lies are laid bare... 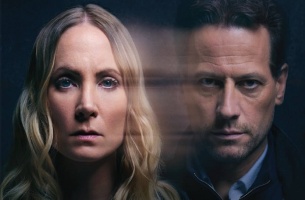 HotDVDBDTV
Three weeks after an arrest warrant was issued for him for the sexual assault of 16 women, Andrew Earlham's decomposing body is found in the Kent marshes. His throat slit, it's declared he was murdered sometime in the last three days. Liar: Series ... END_OF_DOCUMENT_TOKEN_TO_BE_REPLACED
Comments
DVD Releases News Pick

DVD
One of the most compelling and conflicted characters in Sony Pictures Universe of Marvel Characters comes to the big screen as Jared Leto transforms into the antihero Michael Morbius as Morbius is released on 4K Ultra HD, Blu ... END_OF_DOCUMENT_TOKEN_TO_BE_REPLACED
Top PicksView