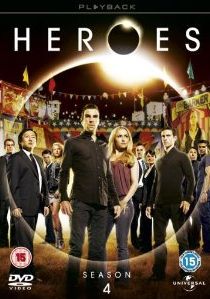 NewsTV Series
News Article Go back to homepage
As the explosive final season of Heroes blasts onto to Blu-ray and DVD from 4th October 2010, courtesy of Universal Playback, there is a sniff of redemption in the air as the show enters its last volume, and the gang fights to save the world one last time!
Rya Kihlstedt, Ryan Guzman, Kiki Sukezane, Robbie Kay, Zachary Levi, Jack Coleman
Gideon Raff, Greg Beeman, Allan Arkush, Larysa Kondracki
Kevin Lafferty, Tim Kring, Holly Harold, Peter Elkoff
Universal Pictures (UK)
Unknown
04/10/2010
Thank you for supporting DVD365.net when you order using the link(s) below. As an Amazon Associate we earn from qualifying purchases
Buy DVD
Buy BD
Information

As the explosive final season of Heroes blasts onto to Blu-ray and DVD from 4th October 2010, courtesy of Universal Playback, there is a sniff of redemption in the air as the show enters its last volume, and the gang fights to save the world one last time!

Heroes: Season 4 introduces Samuel Sullivan, played by Robert Knepper (Prison Break), as the leader of a mysterious carnival clan with powerful and potentially dangerous new abilities. Could Samuel Sullivan and his comrades create a new threat for Peter, Claire and the rest of the "Heroes" and their current attempt to live normal lives? Joining Robert Knepper and the regular all-star cast, including Milo Ventimiglia (Gilmore Girls), Hayden Panettiere (Scream 4), Zachary Quinto (Star Trek), Masi Oka (Get Smart), Jack Coleman (Dynasty) and Ali Lartner (Legally Blonde) are Deanne Bray (The L Word), Jayma Mays (Glee) and Ray Park (G.I. Joe: Rise of Cobra) to give the show its final send off!

And if this isn't enough for you, Season 4 is jam-packed full with hours of bonus material including super-powered extended and deleted scenes. New bonus material includes audio commentaries with Greg Grunberg, Adrian Pasdar, Robert Knepper and executive producer Tim Kring, along with featurettes such as Deconstructing Sylar, Milo Speaks and Behind the Big Top.

Also out on Blu-ray and DVD on 4th October is Heroes: The Complete Box Set with 23 discs and the perfect gift this Christmas. It's time to succumb to this addictive smash-hit series' with time-bending action, shocking twists and mind-blowing special effects, the qualities that make Heroes worth watching again and again. Included as an additional treat for a final farewell is an exclusive bonus disc with over 90 minutes of new featurettes unseen in any other Heroes release.

The multi-award-winning series was a ratings winner at its launch in 2006 when Heroes Season 1 achieved over 13 million viewers in the US and nearly 4 million in the UK, creating true event television. Relive the buzz surrounding Heroes from beginning to end from 4th October or pre-order now on Blu-ray and DVD! 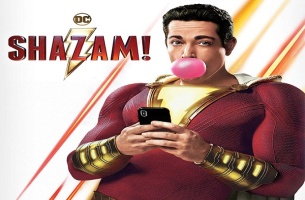 HotDVDBD3D-BDUHD
We all have a superhero inside us, it just takes a bit of magic to bring it out. In Billy Batson's case, by shouting out one word. Shazam! arrives on DVD, Blu-ray and 4K UHD 12th August 2019 from Warner Home Video. END_OF_DOCUMENT_TOKEN_TO_BE_REPLACED
Comments
BD Releases News Pick

BD
A stellar cast sizzles in Heat, a taut psychological drama about an obsessive detective and a brilliant thief whose fates are linked in the aftermath of a high-stakes securities heist, released on 4K UHD 8th August 2022 from ... END_OF_DOCUMENT_TOKEN_TO_BE_REPLACED
Top PicksView