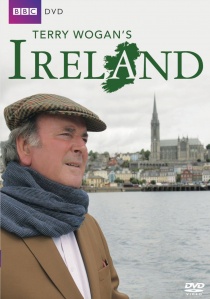 NewsTV SeriesSpecial InterestBBC
News Article Go back to homepage
It is 40 years since Sir Terry Wogan decided to leave Ireland and to seek his fortune across the water in England. In that time, Ireland has changed beyond all recognition - and so has Terry. Now, Terry's going 'home'. Terry Wogan's Ireland is available on BBC DVD from 14th March 2011.
Terry Wogan
Christopher Bruce
Teresa Watkins, Oona O'Beirn, Martyn Ingram, Christopher Bruce
2entertain
1 hour 58 minutes
14/03/2011
Thank you for supporting DVD365.net when you order using the link(s) below. As an Amazon Associate we earn from qualifying purchases
Buy DVD
Information

It is 40 years since Sir Terry Wogan decided to leave Ireland and to seek his fortune across the water in England. In that time, Ireland has changed beyond all recognition - and so has Terry. Now, in the wake of his retirement from BBC Radio 2, Terry's going 'home'. Terry Wogan's Ireland is available on BBC DVD from 14th March 2011.

The fascinating two-part BBC documentary, Terry Wogan's Ireland offers a unique insight into Sir Terry's early years and follows him as he travels around Ireland from the south to the north. By re-tracing his story, Terry reveals the bigger picture of post-war Ireland; the result is a uniquely personal take on the history of this beautiful but divided land.

In the autobiographical journey of a lifetime he travels back to Dublin, the city he left behind as a teenager, and all the way back to Limerick, where he was born, taking in the length and breadth of the heart-stoppingly beautiful Irish Coast en route. He then turns to the north, much of which is quite literally a different country, sharing memories of his buttoned-up childhood holidays in Galway before crossing into Northern Ireland.

For Sir Terry, this is an opportunity to cherish the old, and to seek out and celebrate the new face of Ireland. But this Ireland is a very different country to the one he left behind 40 years ago; the nation now finds itself in the midst of an economic crisis. But as Terry reminds us, Ireland has survived 500 years of oppression, colonisation, religious discrimination, starvation and emigration. The Irish may be down, he concludes, but don't ever count them out.

Along the way he meets old friends, as he steps back into his past to explore how Ireland helped shape him. He journeys across a stunning landscape, through towns and villages dominated and irrevocably changed by their historic and political past. He meets the people of a new Ireland and looks forward to what it means to be Irish in the 21st century.

Related Articles
Who Do You Think You Are? Series 1 -7 and USA
Comments
Hot Pick

HotDVDBDDIGITAL
With stunning revelations, glamorous journeys, and the arrival of the Jazz Age, Downton Abbey: A New Era, released on DVD and Blu-ray 15th August 2022 from Warner Home Video, will be the Crawleys' biggest adventure yet as they grapple with their future and new intrigue about ... END_OF_DOCUMENT_TOKEN_TO_BE_REPLACED
Top PicksView