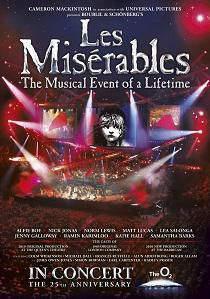 On 3 October 2010 the O2 played host to two spectacular, star studded concerts of the world's longest running musical, Les Misérables to celebrate its 25th anniversary. Loved by millions, the show is undisputedly one of the most popular musicals ever written, with productions in 42 countries and 45,000 performances across the globe. To date, the show has been seen by nearly 60million people worldwide and 100,000 in London alone!

With the evening performance selling out immediately, and the matinee performance being added due to extraordinary demand, the 02 production is astonishing in its size and ambition. The huge arena has played host to some of the biggest rock and pop concerts in the world including Lady Gaga, U2 and The Rolling Stones so it is only fitting that this is the setting for the celebratory musical production which has spawned international hits such as 'I Dreamed a Dream' and 'On My Own'.

Based on Victor Hugo's 1862 novel of the same name, set in early 19th century France, the show features the stories of the characters as they struggle for redemption and revolution. The Tony Award winning score features the song I Dreamed a Dream, sung as a solo by the character Fantine during the first act. Numerous professional artists have recorded cover versions since the musical's premiere in October 1985, including Neil Diamond, Aretha Franklin, Elaine Paige, Susan Boyle and most recently as a duet between Idina Menzel and Lea Michele on the TV show Glee.

There have been almost 40 cast recordings of Les Miserables including the multi-platinum London cast recording, the Grammy Award-winning Broadway cast and complete symphonic albums and the recently released live recording of the New 25th Anniversary Production. The video of the 10th Anniversary Royal Albert Hall Gala Concert has sold millions of copies worldwide, making it one of the best-selling musical videos ever in the UK. There are over 2,500 productions of the Les Misérables School's Edition scheduled or being performed by over 125,000 school children in the UK, US and Australia, making it the most successful musical ever produced in schools. Cameron Mackintosh is currently developing a film of Les Misérables with Working Title and Universal. 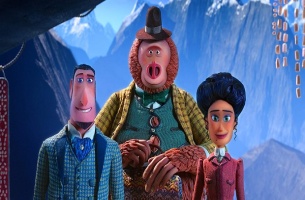