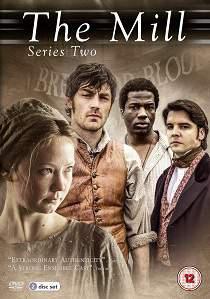 Following the hugely successful first series, Channel 4's outstanding drama, The Mill based on powerful true stories of the workers at the time of the Industrial Revolution, returns for a second series and comes to DVD courtesy of RLJ Entertainment on 8th September 2014.

The new six-part series created and written by John Fay (Coronation Street, Brookside), covers the period between 1838 and 1842. It focuses on the lives of the mill workers against a backdrop of significant social and political changes following the Poor Law Amendment Act of 1834, which made a distinction between 'deserving' and 'undeserving' poor. Set in rural-industrial England, it draws on the historical archive of Quarry Bank Mill in Cheshire.

There's change all around, with workers rallying for their rights and the Greg family struggling to maintain the status quo in this gripping period drama.

The Mill Series One and Two Box Set will also be available on 8th September 2014.

DVD
Arriving on DVD and Blu-ray 31st May 2021 from Acorn Media (UK), the hit police corruption drama from the makers of Bodyguard returns as Series Six of Line of Duty sees AC-12 facing their most ... END_OF_DOCUMENT_TOKEN_TO_BE_REPLACED
Top PicksView