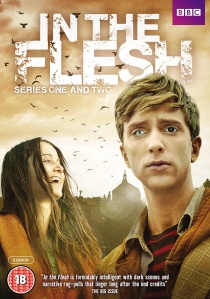 Gripping BAFTA award-winning BBC drama In The Flesh tells the story of Kieren Walker, who became re-animated shortly after his death, during one freak night that saw thousands of the dead rise again. After months of rehabilitation and medication, the zombies (now known as Partially Deceased Syndrome Sufferers) were re-settled in their homes.

Following its successful debut as a three-part drama, In The Flesh was recommissioned for a six episode series for BBC Three. All nine episodes from the first and second series will be available to own on BBC DVD and Blu-ray for the first time from 9th June 2014.

In The Flesh (Series 1) sees Kieren Walker (Luke Newberry, Anna Karenina), who committed suicide five years ago, re-adjust to his new life as a PDS sufferer and returned to his home village of Roarton, where he has to face up to his family, the community and the terrible things he did in his untreated state.

Series two revisits Roarton nine months on, where the Living and Living Dead of the village have reached a fragile peace, but Kieren still struggles to find self-acceptance. In the wider world fear is in the air, provoked by violent extremism and whispers of a Second Rising. When these dangers erupt in Roarton, Kieren is caught in the crossfire and a quiet life is no longer an option.

Available on BBC DVD and Blu-ray, In The Flesh (Series 1-2) will be released on 9th June 2014 and promises to be a must-have for fans of the series. 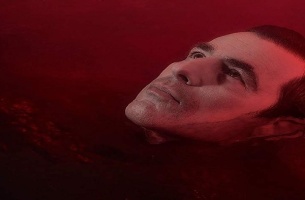 HotDVDBDTV
Based on the novel by Bram Stoker, Co-created and written by Mark Gatiss and Steven Moffat, the critically acclaimed Dracula is released on DVD and Blu-ray 3rd February 2020 from BBC Worldwide. END_OF_DOCUMENT_TOKEN_TO_BE_REPLACED
Comments
Hot Pick