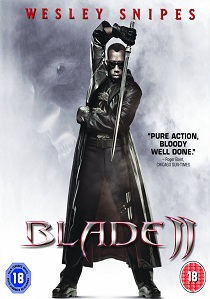 When the world is threatened by a new and deadlier breed of super vampire, the legendary Blade (Wesley Snipes) and his mentor Whilstler (Chris Kristofferson) join forces with the Bloodpack, an elite team of vampire warriors made up of his sworn enemies. In order to stop the carnage, these ravenous fiends must be destroyed at all costs. The electrifying Snipes reprises his role from the original cult classic Blade.

HotUHD
A decade-defining classic from the imagination of Steven Spielberg and Chris Columbus, celebrating its 35 year anniversary, The Goonies is released on 4K UHD 31st August 2020 from Warner Home Video. END_OF_DOCUMENT_TOKEN_TO_BE_REPLACED
Top PicksView