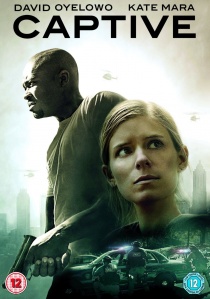 Captive is an inspiring drama about the spiritual collision of two lost souls. Brian Nichols (Oyelowo), on the run from police and desperate to make contact with his newborn son, takes recently widowed mother Ashley Smith (Mara) hostage in her own apartment. Fearing for her life and desperately hoping to see her daughter again, she turns to Rick Warren's The Purpose Driven Life for guidance. Ashley and her captor face a crossroads where they discover hope and light in the midst of despair in this incredibly moving film.

The Captive includes an in-depth, behind-the-scenes featurette as well as an engaging interview with Pastor Rick Warren discussing the inspiring connection between his book, The Purpose Driven Life, and the true events of the film.

UHD
With a mission of building from scratch an entirely new race car with the potential to defeat Ferrari at the 1966 Le Mans World Championship, Matt Damon and Christian Bale star in Le Mans '66,released ... END_OF_DOCUMENT_TOKEN_TO_BE_REPLACED
Hot PicksView 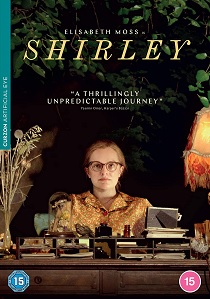 From the brilliant mind of director Josephine Decker and executive producer Martin Scorsese, Elisabeth Moss gives a tour-de-force performance as Shirley Jackson, one of the greatest horror writers of the 20th Century, in Shirley, released on DVD and Blu-ray 4th January 2021 from Curzon Artificial Eye.

Follow Anne as she learns to navigate her new life on Prince Edward Island, in Anne With an 'E': Season 3, a new take on L.M. Montgomery's classic novels, released on DVD and Blu-ray 7th December 2020 from Dazzler Media.
Movie quote