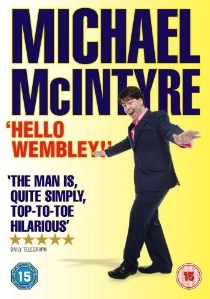 In Michael McIntyre: Hello Wembley! viewers can expect spot on observational comedy, witty personal anecdotes and Michael's trademark ability to turn everyday encounters into master-classes of human exasperation which we can all relate to. With 90 minutes of brand new material, Hello Wembley! features Michael's unique take on a wide range of subjects on daily living - from getting to grips with wine menu's and restaurant etiquette to obsessive Wii playing and condiment hierarchy in the kitchen cupboard!

Michael McIntyre: Hello Wembley! is the follow up DVD to Michael's record breaking 2008 debut solo release, Michael McIntyre Live and Laughing, which currently holds the top spot as the biggest selling UK debut stand-up DVD of all time. Live & Laughing reached number one in the comedy DVD chart the week of release and was overall the second best-selling stand-up DVD of 2008. Live & Laughing has sold over 700,000 copies sold to date and still at number two in the 2009 stand-up comedy DVD chart. Michael has had a remarkable year. His 54 date UK arena tour (including six nights at Wembley Arena and four nights at The 02) has currently sold an excess of 450,000 tickets with sales continuing to rise.

His debut solo television venture, the hit Saturday prime-time BBC ONE show Michael McIntyre's Comedy Roadshow (Open Mike Manchester), was a critical and audience success, regularly achieving audiences of 5 million viewers plus . The programme has recently been shortlisted for the 2010 National TV Awards (NTA) in the best comedy category, and is regularly commended for bringing stand-up comedy to new audiences, highlighting the emerging comedy boom of 2009.

His rise up the comedy ladder has seen him sell out tours around the UK during the past three years plus notch up numerous TV appearances. These include; Live at the Apollo (BBC ONE), Friday Night with Jonathan Ross (BBC ONE), Royal Variety Performance (BBC ONE), Prince Charles' 60th Birthday Celebrations (ITV1), Have I Got News For You (BBC2), Let's Dance for Comic Relief (BBC ONE), Mock the Week (BBC2), 8 Out of 10 Cats (Channel 4),This Morning (ITV1), The One Show (BBC ONE),The Charlotte Church Show (Channel 4), Graham Norton Show (BBC TWO) and The Apprentice Your Fired!' (BBC2). 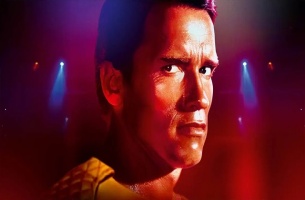