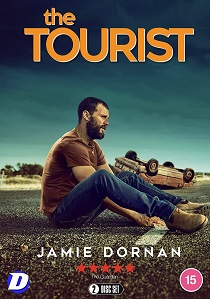 NewsTV SeriesDramaThrillerCrimeJamie Dornan
News Article Go back to homepage
Hurt, alive, but no idea who he is. Lost in the Australian outback, he's running from a past he can't remember - and someone wants him dead. Jamie Dornan stars in The Tourist, released on DVD and Blu-ray 14th March 2022 from Dazzler Media.
Jamie Dornan, Danielle Macdonald, Shalom Brune-Franklin, Ólafur Darri Ólafsson, Alex Dimitriades, Damon Herriman
Chris Sweeney
Lisa Scott
Dazzler Media
6 hours 0 minutes
14/03/2022
#TheTourist
Thank you for supporting DVD365.net when you order using the link(s) below. As an Amazon Associate we earn from qualifying purchases
Buy DVD
Buy BD
Information

In the glowing red heart of the Australian outback, a man is pursued by vast tank truck trying to run him off the road.

Later, when he wakes up in hospital, hurt but somehow alive he realises he has no idea who he is. Helen Chambers, a local rookie cop is sent to check on The Man and as there are no immediate clues as to his identity, she promises to help him find the answers.

With merciless figures from his past pursuing him, The Man's search for answers propels him through the vast and unforgiving outback. Idiosyncratic characters including Luci Miller, a waitress in a sleepy one-horse town, are drawn to this curious new arrival. When somebody from his past contacts him out of the blue, The Man must race to find them before it's too late.

Full of shocking, surprising, funny and brutal turns, The Tourist, released on DVD and Blu-ray 14th March 2022 from Dazzler Media, is set in a world populated by quirky, enigmatic characters and off-beat comedy punctuates high-stakes action. At its heart however, is a story of self-discovery with a ticking timebomb underneath: as The Man starts to uncover the mystery of who he was, he's also forced to ask who he is now - and fast. Will he unlock the secrets of his identify before those who are trying to kill him catch up with him? 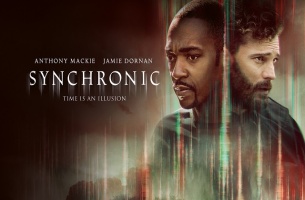