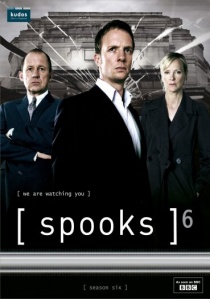 NewsDramaHermione NorrisPeter FirthBBC
News Article Go back to homepage
Award-winning spy drama Spooks Series 6 returns to DVD on 25th February 2008 from Contender Home Entertainment in an exciting new format. Over the course of 10 hour-long episodes, Adam, Harry and the team are immersed in their most intricate operation to date.
Peter Firth, Rupert Penry-Jones, Hermione Norris, Raza Jaffrey, Hugh Simon
Contender Home Entertainment
10 hours 0 minutes
25/02/2008
#Spooks Series 6
Thank you for supporting DVD365.net when you order using the link(s) below. As an Amazon Associate we earn from qualifying purchases
Buy DVD
Information

Award-winning spy drama Spooks Series 6 returns to DVD on 25th February 2008 from Contender Home Entertainment in an exciting new format. Over the course of 10 hour-long episodes, Adam, Harry and the team are immersed in their most intricate operation to date. Audiences can expect an exhilarating, high octane journey with an abundance of dramatic twists and turns as the distinction between friend and foe becomes ever more blurred.

For the first time ever, the series explores one storyline throughout 10 episodes, and one which is an ongoing concern in today's world affairs agenda. The relationship between Britain, Iran and the US is such a delicate and topical issue that it opens up a wealth of new storyline possibilities. Audiences will be able to follow the team as they take on their most challenging operation to date, and will get to see them in a whole new range of dangerous and exciting situations.

Iran's covert scheme to become a nuclear power leads to growing mistrust between the British, American and Iranian governments, who all nurse their own agendas to help or hinder the Middle Eastern state in its efforts. The volatile climate culminates in a series of high risk operations both at home and abroad, and the opening episode sees Zaf, undercover in Tehran, placing a bomb on a civilian train in an effort to flush out a key Iranian spy. But in the fall out of the explosion it becomes clear that flawed intelligence has led to Britain inadvertently unleashing a bio-weapon in Iran - a fact which has dangerous ramifications not only for Zaf but for the whole team...

Meanwhile, the electric atmosphere between Adam and Ros comes to a head, but things are complicated further by Adam's dangerous ongoing affair with a key asset inside the Iranian embassy. Ros, whose loyalty has come under scrutiny in the past, once again finds herself questioning her ability to carry out the demands of a government she doesn't necessarily support. Harry gains a new friend on the Grid when he recruits old MI5 colleague Connie (Gemma Jones) as desk officer - clever and with plenty of old school tricks up her sleeve, she might just be able to fill the void left by Ruth's departure. 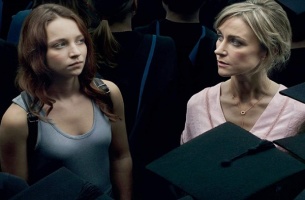